It's an exciting time in philosophy. Brill recently announced "a truly spectacular philosophical event": the first complete system of philosophy since Immanuel Kant and Georg W.F Hegel, by Dirk Hartmann (pictured). Brill did not know, however, that mine would be the first to the finish (which is, published in full). But I have been hesitant to bill my metaphysics as "The first since ..." in case ideas of complete philosophical systems should differ.

Mine is 380 pages (492 on Kindle), Hartmann's about 5,500. Mine is in English, his in German. Mine is postmodern, his (as best I can see) far more modern. There is, however, a particularly interesting commonality. Without either of us having known of the other, both Hartmann and I have been fascinated by the philosophers Wilhelm Kamlah and Paul Lorenzen. One may find further details of Hartmann's work at Neues System.

Hartmann's publisher Brill defines a metaphysics as "the philosophical treatment of the whole". I have defined it as "a grand unified philosophy, which integrates—or provides a means to integrate—all fields of knowledge and experience using familiar philosophical concepts". Purists might say that metaphysics is ontology: "the study of the nature of reality or what sorts of things are real". But this covers the reality of all kinds of things, which is to say, it is very broad. 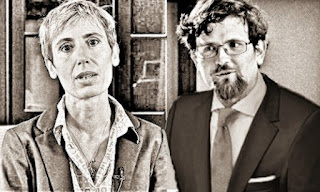 Anna Marmodoro and Erasmus Mayr write more than a mere introduction to metaphysics in Metaphysics: An Introduction to Contemporary Debates and Their History. Call it a "weak" metaphysics, in the sense that its authors are not strong proponents of its ideas, yet they are proponents nonetheless. They present a metaphysics of their very own, which they do with greater or lesser confidence, depending on the theme.

There is a vital remark which appears on the last two pages of the book: "One trait d’union of this book has been our effort to show that the metaphysics of powers and its recent revival provides us an angle from which we can fruitfully re-examine within a unified framework ‘traditional’ questions in a variety of areas in metaphysics."

A trait d’union, according to the Cambridge Dictionary, is "a well-thought-out plan". In this case, it is a plan which surrounds the concept of "powers"—certain kinds of characteristic (which is, property) of a thing. We therefire have a modern metaphysics here, rather than postmodern. Modern metaphysics, like this, are characterized (as Arthur Schopenhauer put it) by "the single thought". 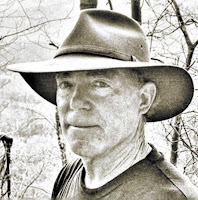 I had thought that John Heil's What is Metaphysics? was a mere survey of metaphysics, or an introduction. I thought differently after I had read it. He offers enough of his personal point of view for one to consider it as approaching a metaphysics of its own.

Heil is not far from Aristotle. While it is not always easy to separate Heil from the discussion, his metaphysics seems to be this: ‘Relations have been mentioned as an apt category, in addition to substance and property. Not only are there propertied substances, but there are arrangements of these.’ Add to this, then, his claim that ‘powers, not laws, govern’, and that ‘truthmakers’ make our thinking true.

This lies quite far from my own metaphysics. Heil separates reality into many categories, while I seek to obviate them all. My metaphysics, in the latter part of my book, dissolves both things (propertied substances) and relations, and integrates many (post) modern themes.